The following is a personal (relatable AF) guest contribution by the incomparable Ernesto. Enjoy!

Four years ago, I got my first and only boyfriend. It was a magical time, I was still using my LG flip phone with lights and low-quality camera. Social media platforms like Snapchat and Instagram were foreign to me save for the moments my ex posted selfies of us. He was very adamant of my not getting a smartphone for reasons still unknown to me. Judging by how things were between us, I’m sure it would have had something to do with our insecurities, or maybe he was leading a double life? I will never know. I won’t even get into the lío of Facebook and password swapping, trimming friends lists, passive aggressively hiding relationship statuses when on the rocks, etc, etc.

Fast forward to the present, I FINALLY upgraded to a rose gold iPhone 5 SE, and all the modern social media apps any gay man could need: IG for DMs, Snap for nudes, Tumblr for memes, and Grindr for finding true love. I met this gent who seemed cool, confident, and a little weird, but I can do weird. We swapped numbers and IG handles soon we were talking on the phone for hours! We had the same taste in B&W movies, and music. The romantic in me was hoping he’d like the tea kettle I prematurely added to our Target gift registry. We set up a date later that week, a practice I don’t usually like. After too many days between e-meeting and the actual date, someone loses interest (usually me).

DATE NIGHT! Per our conversation I had selected an outfit that wouldn’t draw too much attention to myself, and was subtle enough to let people know I was gay without a sequin, or feather, or shoulder pad in sight. I received a text a few hours before the much anticipated date, asking to reschedule (really? pass up a date with me? homeboy MUST be dying). Apparently though, he wasn’t on his deathbed, nor was he in orbit over Saturn. Someone had commented on a pic of me on IG, and when I thanked them, it was too flirtatious for this guy’s liking. At least he had the decency to not stand me up waiting for him a half hour or so at some bar. Truth be told, I was feeling reluctant to pursue anything passed a few dates. I was picking up on some signs I didn’t care too much for, such as asking why I didn’t answer the phone right when he called, or his subscribing to heteronormative ideas of gender/top-bottom roles. Also he couldn’t stand my casually calling him ‘Gurl’ lest his pito fall off (fragile machismo left for another article).

I digress, later that night he texted me about his (over)reaction, it wasn’t so much an apology as it was an acknowledgment of how he was reading through my comments, and getting upset as though we’ve been dating for weeks. Later that morning I received an ‘I’m-going-to-text-you-but-pretend-it’s-meant-for-someone-else-about-how-I-left-something-in-their-car-just-to-show-you-I’m-not-distraught-and-I-still-went-out-last-night-without-you’ text, you know the one that tests the waters and is supposed to illicit a reaction to reopen lines of communication? I didn’t take the bait. I’m too old, too smart for the games I created. GURL PLEASE! He sent me a third collection of texts later that afternoon apologizing, but I was having flashbacks of my first relationship, and the control issues, and deep seated insecurities my ex had I had to cut this homeboy loose then and there.

It got me into thinking about social media and dating, and in my case, gay-dating. I thought of my ex, and the conversations we’d had about who is on my Facebook, and why they commented whatever they commented, even on picture comments prior to us ever talking. There is a point in the first few dates you figure out if you want something casual or something serious with a person that’s a given. Now if you want to pursue a serious relationship, certain conversations have to take place—adult conversations. Conversations like you’re friends with an ex from six years ago, or you need some ‘me time’ once a week, boundaries, shit like that. I need to check myself here and state that I too have had issues in the past with this sort of thing. I’ve dated a few guys who bring out certain insecurities in me, and make me act jealous, possessive, and not myself. It’s a learning process, but having a healthy gay relationship where you respect boundaries is doable, right? O sea ¿de qué me sirve enojarme de algo que sucedió hace unos cuantos años atrás, antes de conocernos?

In the end, you need to sometimes have difficult conversations, you need to be forthright with what you want, you need to be secure in yourself and in the other person, especially if you’re going to let one another into personal spaces. Like do I care if you follow those dick pic snap chats? No. Do I care if you’re sending your dick pic to someone else within the same area code? Perhaps, if we’re in an open relationship whatever, if we’re not, then gurl, what you think you doing?

Ernesto is a local scholar, poet, dreamer, and trend setter. His voice has equal parts wit, charisma, intelligence, and heart. Follow him at: 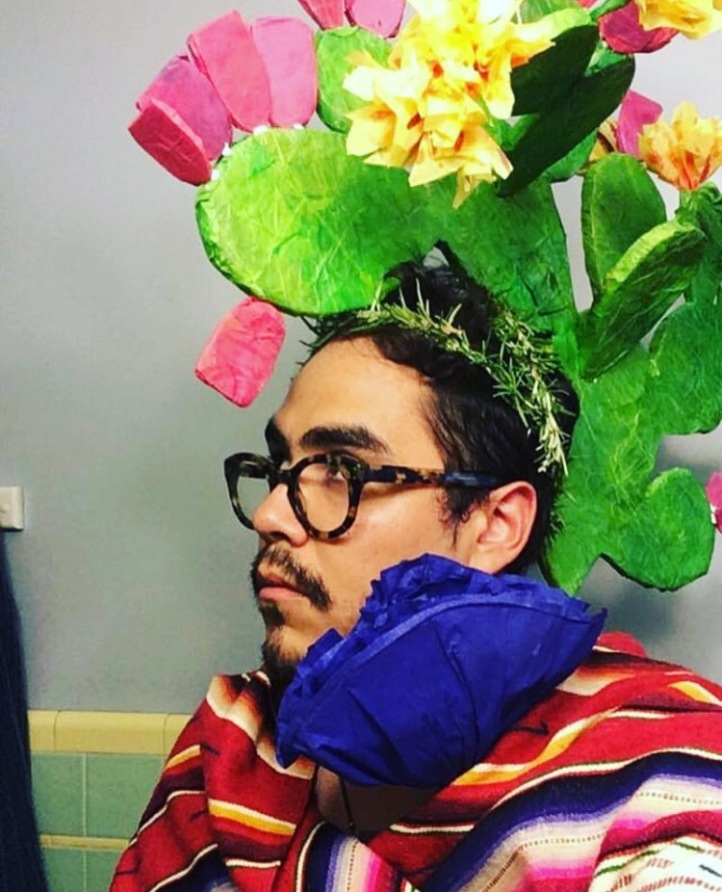