Has anybody gone from comedy’s “it girl” to “ugh, why won’t she go away?” faster than Amy Schumer? If we look back to previous years, the comedian was on top of the game. With huge advertising deals from Bud Light and Old Navy, a hit movie on her hands, a critically-acclaimed TV show, HBO comedy specials, and a New York Times Bestselling book, it was definitely good to be Amy Schumer. This year she released a critically-mauled bomb, a badly-received Netflix comedy special, and a general sense of negative energy surrounding her persona. So Amy Schumer, what went wrong girl? I’ve narrowed down the reasons why the star went from “it girl” to Trainwreck.

At some point last year, while the most visceral campaign in recent history was going on, Schumer decided to stop being funny and become a progressive voice for America. That’s an admirable choice in these times, but as a comedian, you can’t afford to turn off the comedy. Mixing politics with comedy is hardly a new concept. Comedians like Chris Rock, Sarah Silverman, Bill Maher, and Jon Stewart have been able to successfully intertwine comedy with political tones. But Schumer, while perhaps well-intentioned, forgot that her career was built in comedy. So when she started posting more about activism and serious issues, the fans of ‘Amy Schumer: The Comedian’, were disappointed. It was the equivalent of a “damned if you do, and damned if you don’t” situation.

Perhaps Schumer’s biggest crime was the fact that we all know her comedy routine by now. When she goes to a late-night appearance, a standup special, or even in her movies, her jokes seem to be recurrent. As a fan of Amy Schumer, it became difficult to watch her interviews, as I could paraphrase the stories she was telling by memory. Comedians should work on having an extensive repertoire so that they don’t become monotonous in their story-telling. Add to that the fact that we live in a very unforgiving social media generation, where everything can be traced to its origin. Videos started circling around showing Amy Schumer copy or paraphrase other comedians’ jokes. That affected my personal opinion on the comedian and I’m sure others feel the same way. 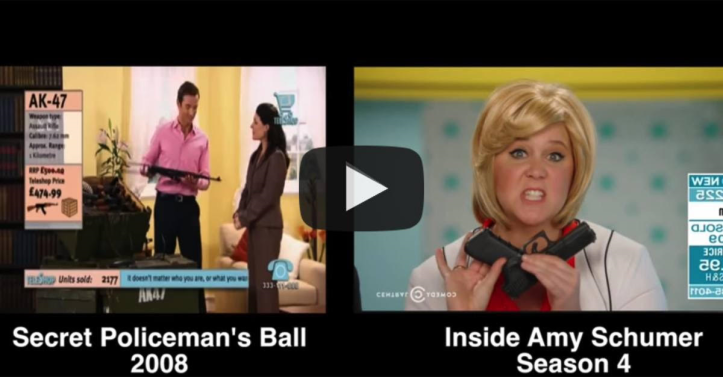 Everyone who knows me knows that I’m a firm believer that a woman should be equally free and able to express her sexual freedom as a man. I don’t believe in the double standard where men can just turn the most vulgar situation into “locker room talk” while a woman would be deemed immoral. But, I do find offense when your overall persona, relies solely on the fact that you are a sexual being. Joking about your vagina might be amusing and fun at the beginning, but when you dedicate a whole comedy set to your private area, it can feel exhausting.

Being Hollywood’s new “it girl” is a double-edged sword. On the one hand, fans get to enjoy all the work the entertainer is churning out. But consequently, when an artist is tackling many projects at once, it tends to create a sense of repetition amongst the audience. Being on a show, a movie, on a comedy tour, promoting a book, and in different commercials, while ambitious, can end up hurting a career.

How she can turn things around

Amy Schumer’s talent is undeniable. On her TV show Inside Amy Schumer, she has created magic. Her charisma, comic timing, and personality make her a unique personality in the comedy world. Whether or not she can go back to her prime time remains an unanswered question, but in my opinion, there are things she can do to avoid falling into the abyss. Taking some time off could be a great start. Focusing on living life and traveling might be able to add more stories and material to her standup. Being a political force is not the issue. The issue is blending in to the same opinions and voices others are offering. While adding her signature style and wit to her stances, she will be able to create a more memorable statement. The impact Amy Schumer was able to make in such a short time, is nothing to laugh about and as a fan, I definitely hope for an Amy renaissance.